The Average Canadian Salary in 2020 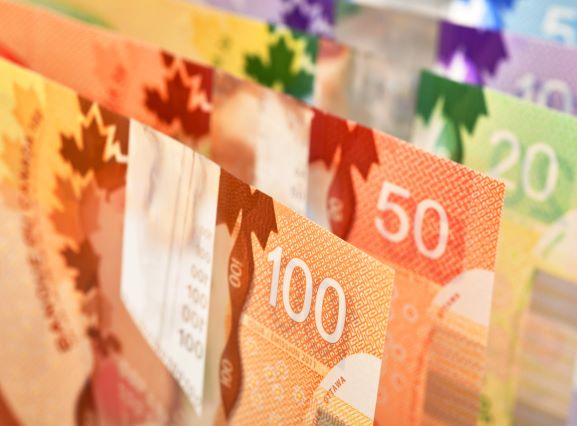 How much is the average Canadian salary in 2020? Which provinces offer the highest wage? What industry is experiencing a fast rate of growth? Are there sectors of the economy that experienced a decrease in salary?

A fresh collection of data has been released by Statistics Canada which highlights wage and salary growth in different sectors and industries across the country. By analyzing and reviewing this data, it is possible to answer some important questions about the state of the Canadian economy in 2020, and highlight certain industries that employ large numbers of people. It’s also an opportunity for young people entering the workforce to use this date to see the sectors and areas where their skills will be valued, and target their job searches in these areas.

It is important to note that the majority of the following data was gathered prior to the COVID-19 pandemic. The necessary shutdowns and distancing measures to combat this devastating virus have undoubtedly had an enormous economic impact, the full extent of which will not become fully clear for years to come. Presenting this data can still provide helpful information to job seekers, and once further data regarding the economic impact of the pandemic is available, it will be a useful point of comparison.

What is the Average Canadian Salary in 2020?

As of January 2020, the average Canadian salary in 2020 was $1,050.59 per week for employees across the country – which means that the annual average salary for full-time employees is just over $54,630 per year. The salary trend is positive, and the majority of Canadian workers are earning more than they did in the previous year.

The average salary in Canada in 2020 has risen 4% since January of 2019, as found in StatsCan data. This actually represents an increased rate of growth, as Canadian salaries previously were found to have grown by an average of 2.7% year to year.

The average Canadian salary in 2020 has grown on a national level, but this does not mean that employees earn the same wage in every province and territory. The average salary remains high in provinces that are traditionally strong economically — Alberta, British Columbia, Ontario and Quebec.

Similar to 2019, the highest average Canadian salaries in 2020 can mostly be found in  Nunavut, the Northwest Territories and the Yukon, with only Alberta near the same average wage. This is an indicator that the Canadian energy sector, which has a strong resource base in these areas of Canada, continues to play a very large role in the overall national economy.

The Provinces/Territories with the Highest Rate of Salary Growth

The rate of salary growth differs in each province and territory across Canada. There are four areas of the country that experienced exceptional salary growth, with increases of over 5% in 12 months. Of these four, Nunavut has experienced a 20.1% increase in the average annual salary, by far the most of any province or territory.

Fortunately, there were no areas of the country that experienced a decrease in the average annual salary, although Manitoba only saw a growth rate of 0.1%, which is likely not enough to keep pace with the average cost of living increase.

Canadian Industries with the Most Growth

For new job seekers planning their career, studying which industries have experienced the highest levels of growth over the past 12 months can be a great tool. While the average Canadian salary in 2020 has increased by 4% since 2019, this does not mean that this growth rate is consistent throughout every industry and economic sector. In fact, of the industries listed above, six have enjoyed an average salary increase of over 8%, double the national average:

Of the five sectors that experienced the highest average salary increase at the beginning of 2019, it is interesting to note that only two of them are present here. The Finance and Insurance sector remained very strong, while the Arts, Entertainment and Recreation sector experienced enormous levels of salary growth, with an incredible increase of 26.3%

For all the talk of the Canadian housing market, the Real Estate sector rebounded considerably from their negative growth position at the start of 2019. This sector has now experienced the second highest level of salary increase in 2020, with the average salary increasing by 14.6%.

Canadian Industries where the Average Annual Salary has Declined

While the average Canadian salary and wage did increase on a national level since 2019, it does not mean that every single industry and sector experienced growth. Two Canadian industries actually experienced a decrease in the average salary in 2020:

Technically, the average salary in the Management of Companies and Enterprises sector remained the same instead of decreasing. However, when factoring the annual average cost of living increase, the end result is that people employed in this sector experienced increased overhead and lower savings.

The fact that an industry experienced a decrease in salary does not mean that the only jobs to be found are those that offer a low salary. The Foresting and Logging sector did experience a big average salary drop of -8.9%, but the average salary in 2020 for the industry is still $58,739.20. This puts them ahead of the average salary in the Real Estate sector and the Administrative and Support sector  – $58,623.76 and $47,369.92 per year, respectively – both of which experienced large increases of salary growth at the start of 2020.

The Canadian Job Sectors with the Highest Average Annual Salary

As with 2019, the job sectors with the highest average annual salaries in Canada are those of energy and natural resources, finance and insurance and scientific and technical services. Salaries in Mining, Oil and Gas Extraction remain the highest, at an average of $113,506.12. Salaries in the Utilities sector remain the second highest, and have joined those in Mining, Oil and Gas Extraction in the six-figure range.

According to Statistics Canada data, the average salary in the Management of Companies and Enterprises sector has dropped out of the top five, but is still $74,560.72 per year, on par with the 2019 average. It has been pushed further down the list by the Public Administration sector, which experienced an average salary increase of over 9%, bringing it up to $75,799.88 per year.

The Canadian Job Sectors with the Lowest Average Annual Salary

One fascinating stat to be gleaned from Statistics Canada’s data for 2020 is that the three job sectors with the lowest average annual salary in Canada experienced some of the highest rates of salary increase. The Arts, Entertainment and Recreation Sector had the largest salary increase by far at 26.3%, but that only brought the average annual salary up to $40,241.76 per year. Nevertheless, the high rate of salary increase indicates that these industries are on a positive track for growth, and still present strong opportunities for job seekers and new employees.

The data from Statistics Canada demonstrates that every industry offers unique chances for professional growth. The fact that the average Canadian salary in 2020 has increased, and there are only two sectors that have experienced negative growth indicates a strong economy, which should help job seekers find good opportunities in a field of their choosing.