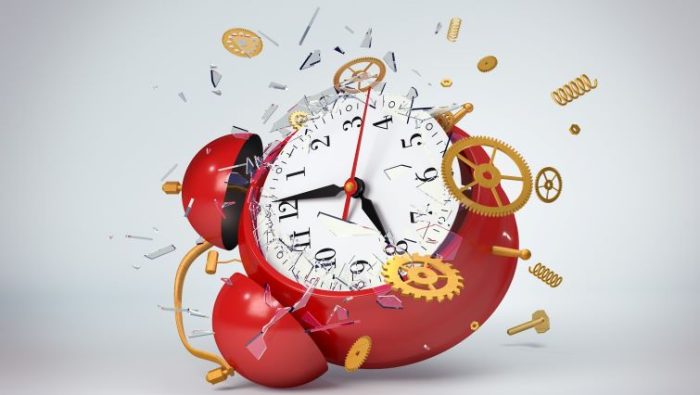 Every person has likely experienced long days on the job, hopefully with overtime pay, and knows just how tiring extended periods of work can be, both physically and mentally. Chronic periods of long work aren’t just tiring, long working hours are killing employees. This is confirmed in a new joint report from the World Health Organization and the International Labour Organization. Researchers have found that there has been a 29% increase in death from ischemic heart disease and strokes from the period of 2000 to 2016, and that “long working hours led to 745,000 deaths from ischemic heart disease and stroke in 2016.”

It is estimated in the report that 479 million people are currently experiencing long working hours right now. This represents a sum of people that is 12x the total population of Canada, more than the entire population of the European Union or South America, and greater than the estimated population of the entire world just a few hundred years ago. Close to one out of every 10 human beings currently alive are experiencing long working hours that can directly lead to their premature deaths.

*source: “WHO/ILO Joint Estimates of the Work-related Burden of Disease and Injury”

What Are “Long Working Hours”?

“The study concluded that working 55 hours or more per week was associated with an estimated 35 per cent increase in the risk of suffering a stroke, and a 17 per cent rise in the risk of dying from ischemic heart disease, compared to working 35 to 40 hours.”

With the WHO/ILO report spelling just how serious and deadly the effects of long working hours can be on employees, it should be noted that long working hours are also bad for business. In case any employers need more incentive to organize the work schedule in a way that doesn’t kill their workers, studies have shown that productivity drops significantly after working 50 hours in a week, and plummets after working 55 hours.

There is a limit to the amount of focus that the human brain can exercise in a given day, and beyond that point forcing more work on people will not result in tasks and projects being completed with quality and care. There is even evidence that working fewer hours, with an increased focus on efficiency and proper time management, can actually lead to increased productivity and benefit a business.

Rise and Grind Your Way To An Early Grave

One of the worst side effects of long working hours is that it can lead to dramatically reduced sleep. Without proper rest, the mind and body have no time to recharge and reset. This goes far beyond feeling a little bit groggy. Prolonged sleep deprivation can have very serious negative health effects, and places a great deal of strain on the body’s nervous and cardiovascular system. A lack of sleep has been linked to an increased risk of heart attacks and strokes on its own, so combining it with long working hours only exacerbates a potentially deadly situation.

For people engaging in long working hours, it is very unlikely that they are doing so without additional stress and anxiety, which does not simply turn off when the work day is complete. Stress can greatly affect mental and emotional well-being, and is linked to lower quality sleep that only leads to more negative health effects.

The Effects Of The Pandemic

The deadly COVID-19 pandemic has caused much social upheaval. For businesses, it has dramatically altered the daily routine of work. Millions of people transitioned to working from home, virtually communicating and collaborating with colleagues. While remote work has kept people safe, it has not been without difficulties. One of the most serious challenges facing people working from home for the first time is the difficulty of maintaining a proper work-life balance. With little separation between professional time and work time, it can quickly lead to employee burnout.

This difficulty can be compounded by the fact that employees who work remotely often end up working more hours than they had previously, extending the work day by as much as 2.5 hours. While the full impact will not be known until annual data can be collected next year, it is possible that the pandemic has caused the average number of working hours to increase for the first time in a decade. With these increased hours and the lack of a physical separation between work and home, it raises the possibility that remote workers may be more at risk for long working hours that can seriously affect their health in the long term.

The WHO/ILO report does provide some possible ways to combat the phenomenon of long working hours. This includes:

-New legislation from municipal and national governments that institute limits on the maximum amount of working time and enforces employer compliance.

-Employers and employees work together to create working time limits and other types of working arrangements that prevent long work hours and mitigate the negative effects.

All three of these solutions require significant effort and collaboration on the part of employers, labour organizations, regulatory bodies and multiple levels of government to place the health of workers at the forefront.

With the pandemic laying bare some of the serious faults of traditional working arrangements, it is in the best interests of workers and employers to reach a new understanding regarding long working hours. Doing so will allow businesses to get the best work and commitment from their employees and, most importantly, will help to protect the long-term health of people at work.