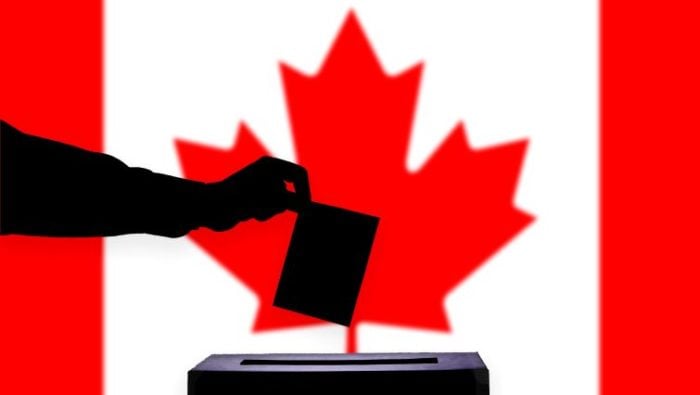 With election day coming soon, there are some frequently asked questions about voting and work. By knowing these answers, voters will have a better understanding of employees rights and employer obligations that protect their right to vote.

The 2021 Canadian Federal Election will occur on Monday, September 20th, 2021. On election day millions of people will cast their ballots, and the results will determine the formation of the next federal government of Canada. Voting is a right enshrined in law, with several protections in place to guarantee that every person can cast their ballot, even when they are scheduled to work. Providing answers to some of the most frequently asked questions about voting and work ensures that employees and employers are fully aware of their rights and obligations.

Does my employer need to give me time off to vote?

Yes. Your employer is legally required to give you time to vote for federal elections, without any loss of pay and without reducing or mandated break times. As described in the Canada Elections Act:

However, it must be pointed out that this does not mean that your employer needs to provide you with three hours of time off on election, but rather that they must respect a three hour block of time that can start when polling opens and ends when polling stations close. This is because your employer is legally allowed to determine which three hours you have off.

For example, let’s say that your polling station is open from 7:00 AM to 7:00 PM on election day (hours vary by time zone). You are scheduled to work a shift lasting from 9:00 AM to 5:00 PM. There are 3 options for employers at this point:

1 – A morning three hour window from 7:00 AM to 10:00 AM, permitting employees to begin work one hour later than normal.

2 – An evening three hour window from 4:00 PM to 7:00 PM, permitting employees to finish their shift one hour earlier than normal.

3 – Provide a full three hour window during working hours, which is not nearly as common as the first two options.

Can my employer reduce my pay for voting?

NO. The Canada Elections Act makes it illegal for employers to reduce or dock pay of employees who request time to vote, or in any other way penalize them for doing so. Any business who does penalize employees for voting will be subject to a $50,000 fine and/or a maximum of five years in jail for each offence. If any employee feels that they have been unfairly penalized for requesting time to vote, they are encouraged to file an official complaint with Elections Canada.

Are there any exceptions to this rule?

Yes. The Canada Elections Act specifies that the 3-hour voting time period does not apply to the transportation industry and their employees who will be out of their voting district on election day if providing this time would interfere with the delivery of shipments.

Do I have to vote?

No. There is no legal requirement for a person to vote in any federal, provincial or municipal election in Canada. In every Canadian federal election in the 21st century, approximately a third of eligible voters chose not to do so. As a response to decreasing voter turnout rates, which fell to 61.1% in 2011, some officials have suggested studying the possibility of compulsory voting in Canada. Mandatory voting exists in multiple countries, including Australia, Belgium, Brazil and Peru. Australia, which has had mandatory voting laws since 1924, enjoys voter turnouts rates that exceed 90%, and the small number of people who do not vote receive a fine of no more than $150 AU after having the chance to provide legitimate reasons for their absence (illness, out of town). Recent polling finds that nearly two thirds of Canadians believe that it should be mandatory to vote in federal elections, but there is currently no large movement among government officials to pass legislation to put this concept into effect.

Why isn’t election day a holiday?

With the right to paid time off from work in order to cast a vote enshrined in law, many people ask why not take things a step further and create Election Day as a federal holiday. As it stands right now, there are no holidays for any federal or provincial elections in Canada, although support for the idea is popular. In fact, a 2019 poll found that 58% of respondents wished that election day was a holiday in order to better plan to vote instead of juggling work and school commitments. Advocates argue that this would make the process more simple and equitable for everyone, helping to reduce complications that may prevent people from fully participating in the democratic process.

The counterargument is that as federal elections are legally required to be on a Monday, creating an election day holiday would also be creating a long weekend. In Canada, long weekends, such as the Victoria Day long weekend, are known as times when a number of people head to cottage country for vacation and celebration. The fear is that this atmosphere would continue with an official election day holiday and may run the risk of actually reducing civic engagement as people travel away from their voting district. Nevertheless, the same poll finds that support for an election day public holiday is growing among young voters, which indicates that there is an increasing chance of it becoming a reality.

An election is the time to make your voice heard, and participate in the democratic process in order to help choose how our country will run for the foreseeable future. Answering some frequently asked questions about voting and work will help people in all sectors and industries understand their rights and the obligations of their employers. If you want to vote but still are not registered, don’t worry. You can register to vote at your polling station on election day and cast your ballot immediately.