5 Reasons the 4-Day Work Week is the Future 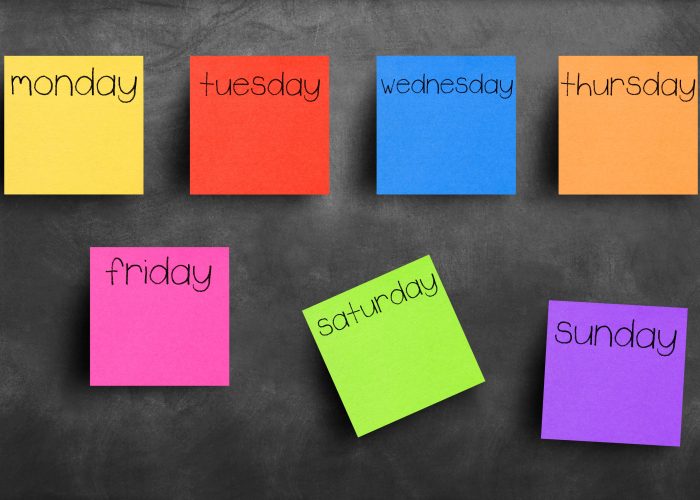 The work week is Monday to Friday. This is the unshakable structure of the business world.  Except that it’s not. Just like the traditional office, the 5-day work week may become a thing of the past very soon. Here are 5 reasons the 4-day work week is the future:

Leaders are Already Discussing It

The idea of a 4-day work week may seem far fetched, but it really isn’t. A 2018 poll found that 88% of office workers would accept a 4-day work week if offered, although only 55% of workers thought that it was feasible, citing the main issue as “work culture, where employees are rewarded or promoted if they crunch longer hours at the office”.

However, this was before the COVID-19 pandemic radically changed the daily reality of work for millions of people. With the rapid adoption of remote work arrangements for many companies, changing fundamental aspects of our work structure now seems feasible. Canadian political leaders have already publicly acknowledged that a 4-day work week would have advantages, especially thinking ahead to when it is safe to transition into a post-COVID-19 world.

People are happier when they work less. A 2019 survey found that the 5 countries ranked highest in the world for overall happiness worked fewer hours than average. This does not mean that people are at their most carefree without jobs or responsibilities, or that many don’t take pleasure in their work and careers. On the contrary, career success is a huge source of pride for lots of people, and there is no reason that this should dramatically change with a 4-day work week. People are happiest when it feels like they have a proper work-life balance, meaning they have the time and energy to develop both their personal and professional lives without sacrificing either.

A proper work-life balance is one of the top priorities for employees of all ages, and especially for young workers entering the workforce. In order to remain successful, companies need to place strong emphasis on recruiting the best candidates and retaining them so that they grow and succeed with the company. A 4-day work week is a great way to demonstrate that a company values the overall well-being of their employees, greatly increasing the chances that the most qualified job applicants want to work there.

Helps the Economy and the Environment

It may seem impossible that one thing could benefit both the economy and the environment, but a 4-day work week might do just that. The economic boost from a 4-day week comes from the simple fact that people would then have more time to spend their money. It’s one more day for shopping, groceries, and other recreational activities, with the end result being more money entering the local economy. Even national leaders in multiple countries are starting to acknowledge the positive economic impact of a 4-day work week, especially in light of the repercussions that the COVID-19 pandemic has had on all levels of the economy.

The positive environmental effects stem from the fact that with a 4-day work week, it will mean one less day at the office. This means that electricity, heat, gas and water in commercial buildings could be virtually nonexistent on this extra offday, resulting in a lower carbon footprint for each office. One less day of commuting will also have environmental benefits. In addition to the fact that commuters would not lose almost 90 minutes of their day sitting in traffic, and it could also prevent tons of pollution from being released into the air, further reducing the carbon footprint of individuals and their vehicles.

There are Better Ways to Organize Time

Working 9-5 each day from Monday to Friday is typically seen as the standard work schedule, but this is a misconception. The truth is that many different types of work schedules already exist. For example, shift-based and hourly jobs often have variable days, start times and durations, while people with salaried positions have often noted that even if work hours end at a designated time, the increased ease of digital communication makes it feels like the workday never ends.

As businesses fully transition to the digital marketplace, employees are frequently expected to do parts of their jobs at all times of the day. Overwork is a big issue, wreaking havoc on work-life balance. Rethinking the work schedule could allow employees to work when there is the biggest demand from their customers, helping balance their schedules more effectively. Additionally, if employees are expected to answer emails, address client concerns and follow up on tasks at extended hours during work days, having an extra day each week designated as a non-work day will help to balance this out.

Flexible scheduling has been a growing HR trend for years, and a typical 9-5 work schedule is already a thing of the past for many people. It is becoming more clear that if people are able to complete their jobs to the satisfaction of their clients, customers and managers, forcing them to do so during a set period of the day is increasingly arbitrary. As companies realize that emphasis should be placed on whether tasks, projects and business issues are addressed correctly instead of the period of the day in which the work is completed, it only makes sense to consider work schedules that benefit employees and allow them to perform at their best.

Productivity Could Be Boosted

The big hesitation that employers have about the idea of a 4-day work week is that less work will be completed. On the surface, their concerns even seem to be justified. Less time spent at work means less time for work to be completed. Companies want to maximize productivity and therefore profit, so they are not inclined to reduce work time. A compromise that has been growing in popularity is the compressed work week. This is where employees work longer shifts to balance out an additional day off, so work 4 days of 10-hour shifts followed by 3 days off. Given the options, a number of employees would be happy to select this scheduling option.

Real life examples, however, demonstrate that the fear of productivity loss may be unfounded, and that working a compressed schedule to have a 4-day work week may not even be necessary. In multiple cases, when companies switched to a 4-day work week with standard 8-hour or 9-hour days, productivity was not negatively affected at all, and in some instances actually improved. This was the case with Microsoft Japan, who found that productivity was boosted by 40%, after switching to a 4-day work week. Such cases should not be the expected norm, but the research makes it clear that many companies could reduce the days worked in a week without sacrificing productivity.

This is a year that challenges the traditional ways of operating for all types of businesses. Nobody could have predicted that millions of people would be working from home, just as few predict that the 5-day work week will be a thing of the past soon. It’s clear, however, that this type of schedule does have advantages. The fact that political and business leaders acknowledge these advantages, along with the increased focus on employee well-being, the economic and environmental benefits, the existing reality of flexible scheduling and the definite proof that it will not harm productivity are just some of the reasons that the 4-day work week is the future. Until then, TGIF.