Working in Quebec: The Experience of Three Immigrants

I had first chosen Canada for the quality of education. I refined my choice further and decided on Quebec since I already spoke French.

In addition, Canadians have a great reputation in Tunisia as warm and welcoming people.

I’ve always used the web in job searches. I’d go on recruiting platforms or the career page of company web sites. But I have to say that, on my first searches in Canada, I got very good results from showing up in person at the company to tell them of my interest.

Socialize! Network! Keep making friends and get involved in the community! Also, don’t overlook the help you can get from your university as well as non-profit organizations created for new immigrants, and even government agencies.

Just being on the Quebec job market will teach you a lot about people and how things get done. It’s a huge boost to your understanding and integration. That means that, for your first job, you shouldn’t just aim for your dream job. Be patient.

During my first months, I couldn’t understand my boss because of his Quebec accent – I hadn’t quite figured it out at the time. So, I kept answering “Yes, yes, yes” whenever he talked to me. He could have asked anything at all and I would just have gone “Yes, yes, yes”.

I came as a student. I had obtained a scholarship for a master’s degree at Université Laval in Quebec City.

I got my first job at the Quebec ministry of transportation. My program included a four-month internship in a business.

My approach to searching for work was to send out about fifty resumes to a bunch of businesses and to scout the SPLA – that’s the university’s job placement service. The ministry took me in and, after my internship, I was offered a six-month contract to finish the project I had started on.

When my contract was over, I went back to the SPLA and other employment web sites. That’s how I found out about Jobillico and the open position on the research team.

The best advice I could give is to not search by yourself. There are organizations out there that help immigrants adapt their resume and cover letter to the standards here. They also help in putting your experience forward, preparing for interviews and identifying the needs of businesses via the kind of jobs that get posted.

During my first year in Quebec, I worked for a clothing store that employed both Quebecers and immigrants. At that time, I was still struggling with the way Quebecers pronounce French and the expressions they use. Once, one of our managers told me a joke, but no matter how hard I tried, I just couldn’t understand what she was saying. I turned to look at my other colleagues who were also immigrants and I could see how some of them weren’t getting it either. But we laughed because everyone else laughed! When the manager left the room, we asked for a ‘translation’ from one of our Quebec colleagues. That got us a second round of laughter!

Status upon arrival: Tourist… but currently applying as a permanent resident!

Honestly, I had never considered living here! I had lived in Montreal for a few years and I loved it there. But then, I got an offer for a job in Quebec City in a very interesting industry and speaking with the owner of the company convinced me. So, I took a leap of faith. Three years later and I’m still here!

My first attempts were pretty basic. I’d just send out resumes and wait for replies. But, with time, I found much better ways to stick my foot in the door. Here are my favourites:

1- Stop looking for a specific job title. It’s more effective to list your skills and the kind of problems you can solve, and then compare that with the range of roles you might play in an organization. What you used to do in your country of origin shouldn’t be a limit when you’re trying to find your footing.

2- Pick 3 or 4 industries as well as positions that appeal to you, and then write up resumes tailored for these and focused on why you’re the best person for the job.

3- Get detailed contact lists. That’s a more involved option, though. In Canada, there’s easy access to information and I managed to put together a list of different companies with the name of the owners. Then I sent a personalized letter to each to sell myself. I got excellent results!

Do everything you can to be useful. Hone your skills as much as you can and show how you can be a “solution” for your employer.

When I arrived in Toronto, I had a certain command of the English language, but not of all the idiomatic expressions that people use in their everyday life. One of my best examples is when I was at the office talking to some of my coworkers about going to a hockey game. I had heard that was the national sport, so after looking into it, I had a conversation with them that went like this:

Me: “Hey guys, there’s a hockey game on Friday I’m going to, who is coming with me?”

Me: “It does not matter; I will bring an umbrella big enough for both of us”. 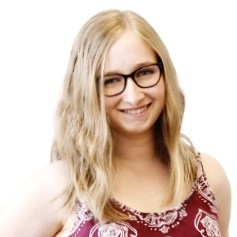 Jobillico is all about revolutionizing the job market! Since our first day, more than 10 000 businesses have trusted us with their recruiting and have helped us build the biggest employment community in the Province of Quebec.