Healthcare and Tech: How Telemedicine and Technology are Improving Living Conditions in Northern Canada 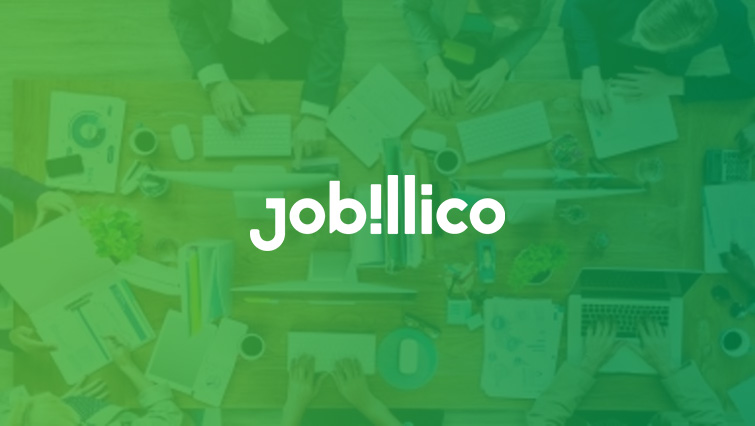 It helps save lives, enables timely diagnoses and treatment, and allows patients and health-care providers in remote areas to feel less isolated.

Telemedicine—the use of advanced telecommunications and technology to deliver health care at a distance—has made Canada a global leader. It allows children in the Northwest Territories to receive regular speech therapy and pregnant women in northern Quebec to “see” gynecologists in Montreal without ever leaving their communities, according to Canada Health Infoway’s website.

Telemedicine has even allowed a dying patient’s last wish to be fulfilled, says Andrea Battcock, who helped connect the patient via video conference with a family member in another province.

“They got to say their goodbyes. It’s patient and family support,” she says. “There are thousands of examples of real-life situations where telemedicine helped save lives, helped diagnose, helped treat.”

On a day-to-day basis, telemedicine connects patients in remote communities across Canada with health-care providers, who may be thousands of kilometres or several provinces away, using such technologies as two-way video conference, audio conference, Skype, email, satellite communications and digital versions of stethoscopes, otoscopes and more. It’s used not only to diagnose patients and treat chronic diseases or acute illnesses, but also to provide speech therapy, physiotherapy, psychiatric counselling, x-ray transfers, ultrasounds, dental checkups, neurology assessments, continuing education for health-care providers and much more.

In the past, remote communities—whether in Canada’s three northern territories or the northern areas of the provinces—had to spend enormous amounts of money flying patients out to seek health care not available locally, and many still do. With telemedicine, those patients can stay in their communities and health-care providers can “see” them at a distance. This allows child patients to stay with their families, enables more regular care for diseases like diabetes or cancer, eases safety concerns about travelling in bad weather, and decreases travel time and costs.

“It’s everywhere,” says Battcock. “All the provinces and territories are using telemedicine in varying degrees, and the usage will only continue to grow.” Canada had more than 5,700 telehealth sites and provided nearly 260,000 sessions in 2010, according to a report called Telehealth Benefits and Adoption: Connecting People and Providers Across Canada, commissioned by Canada Health Infoway.

In 1996, Battcock left her nursing job for a fourmonth part-time contract with a telepsychiatry project at Memorial University of Newfoundland, one of the first places to develop telemedicine in Canada. She has never looked back. Her telemedicine career has taken her across Canada, including the North, as well as to Africa and Indonesia, as she consults for governments and their agencies, regional health authorities and First Nations. Today she works for Toronto-based Healthtech Consultants but lives just outside St. John’s, and works all across Canada. She is currently helping to expand a telemedicine network in Nunavut.

“You can really make a career out of it,” she says. “Telemedicine is just one part of the broader e-health world. Many health-care providers have moved into this field because it is cutting edge, rewarding and improves our health-care delivery.”

Telemedicine employs people who have trained to be doctors, nurses, physiotherapists, speech therapists, dieticians or other health-care professionals, who then learn how to incorporate the required telemedicine technology into their daily work life. Likewise, telemedicine also requires people trained in administration and information technology.

“It’s a good career choice,” says Perry Ward, manager of the conferencing division at Professional Development and Conferencing Services in Memorial’s Faculty of Medicine. “There are exciting times ahead. If you travel, I’m sure it will bring you to many different places on the planet.”

Ward has set up telemedicine technology and then trained local people to run it in Uganda, Nicaragua, Guatemala, Argentina, the West Indies and Paraguay, as well as all over Newfoundland and Labrador. For example, he once set up a video conference connecting a patient in northern Labrador via satellite to St. John’s, and then via internet to a specialist in Japan.

In the near future, the technology will allow doctors to participate in video conferences and access patient records using smartphones. Video conferencing is available in a holographic format now, and in a few years may be the norm. Information technologists who know how to design applications for these and future telemedicine uses will be in high demand. “Technically, it’s pretty amazing where it’s going,” Ward says. “There’s going to be explosive growth.”

Ward has also helped organize the engineering of digitized versions of stethoscopes, otoscopes and other examination tools that are incorporated into the video links. For example, with specialized digital high-resolution examination cameras, a doctor can zoom in on a patient’s outer ear and see the smaller blood vessels. “You can’t see it with the naked eye,” he says.

In some cases, the telemedicine examination can work better than an in-person session. With telepsychiatry, for example, the psychiatrist can examine the patient’s body language and facial expressions up close. “Psychiatrists can zoom in to look more closely at the patient,” says Battcock. Some patients said they did not feel so closely scrutinized.

Delivering northern health care is tough, especially when it’s hard to recruit and keep staff. “There is a struggle with getting health-care providers to go work in those remote environments,” says Battcock. “The geography and weather are harsh. Many remote
communities are fly-in only.”

Most remote communities have at least one nurse or nurse practitioner, who runs the local clinic that may serve dozens of surrounding communities. They make most decisions about patient care but, where available, they connect with physicians and specialists for decisionmaking help. They can even take continuing education courses or participate in other professional development via telemedicine technology—something that Ward helps set up. For example, he arranges monthly “neurology rounds” where remote areas connect with a neurologist who discusses certain cases and their treatment, using PowerPoint slide shows and digital brain scans. Research has shown that the telemedicine network helps decrease the sense of isolation among remote health-care providers.

“They get to experience a professional life that is so different than what they would experience in cities,” says Battcock. As well, there are other incentives to work in the north, including increased salaries, isolation pay and sometimes housing allowances.

Part of the steep learning curve over the years has been training health-care providers to use the technology required. Today, however, new grads are tech-savvy. “They expect to use electronic health records; they use smartphones and iPads,” explains Battcock. “They’re all used to Skyping so video conferencing is not strange to them, whereas 10 or 15 years ago some health-care providers struggled to incorporate the technology.”

For students interested in health care or information technology, the career possibilities are bright.

“I’ve had a tremendous career,” says Battcock. “As a nurse, the opportunity to work in telemedicine is rewarding and very exciting.” CO

KATHRYN YOUNG is the managing editor of Career Options.

Canada’s leader in proactive recruiting, Jobillico Canada Inc. is a recruitment website designed to help companies attract, select and hire the best candidates. To do this, we offer a technological solution designed to simplify recruitment in an intelligent way. That's why thousands of companies and millions of job seekers have trusted us and built with us the largest Canadian employment community.