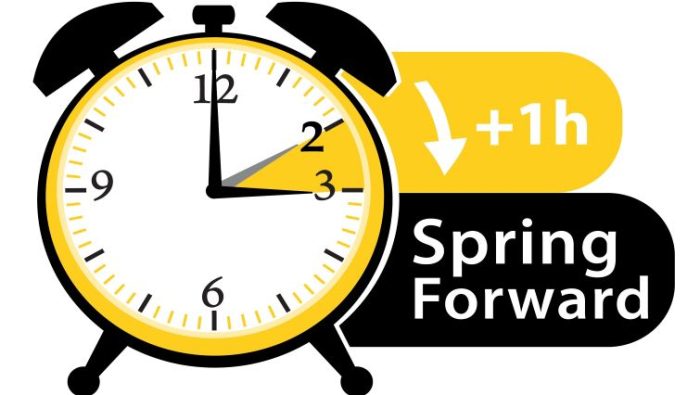 Did you find it hard to get out of bed this morning? Are you still tired and groggy? Did you doze off waiting for the coffee to finish brewing? Don’t worry, it’s not your fault that you’re feeling extra sleepy. Instead, blame the switch to Daylight Saving Time. The bi-annual tradition of moving clocks forward in the spring and back in the fall actually has many detrimental effects on people’s physical and mental health. Changing to Daylight Saving Time is bad for our sleep cycles, our effectiveness at work and our overall health.

Daylight Saving Time is a surprisingly modern innovation. It was first proposed by New Zealand scientist George Hudson in 1895, and not put into practice on a national scale until Germany became the first country to do so in 1916. Canada, however, played a special part in the history of Daylight Saving Time as Thunder Bay — then known as Port Arthur — was the first place in the entire world to switch to DST when they did so in 1908. Daylight Saving Time was used intermittently during WWI and WWII for its purported energy saving benefits, but it did not become widely adopted until the 1960’s and 1970’s. While it may seem strange to think about for the generations that has grown up switching the clocks twice a year, DST has only been in use for a few decades.

It Can Take A Week To Adjust

Many of the harmful side effects of the switch to Daylight Saving Time are due to the disruption of the sleep cycle that it causes. Also known as the Circadian Rhythm, this is the internalized 24-hour system that our bodies naturally adhere to, and it is closely linked to both sleep and the day/night cycle. Even small changes in this cycle can have repercussions on physical and emotional well-being, so suddenly adapting to losing an entire hour of sleep can be very hard, especially because doing so is not really possible.

Even though the switch to Daylight Saving Time happens overnight, our bodies simply do not work like that. While every person reacts differently, it can take a week or even longer to adapt to the time change. This can mean days of potential grogginess, possible sleep deprivation, a loss of mental alertness and increased stress overall.

It Does Not Help Farmers

The commonly held belief is that Daylight Saving Time is still observed because it benefits farmers and those in the agriculture industry. The idea is that the extra hours of sunlight provide for improved planting and harvesting. The truth, however, is that farmers have been consistently opposed to Daylight Saving Time since its introduction.

Farmers point out that the best time for harvesting is after the morning dew has evaporated, the time of which is controlled by the sun itself and does not change with the clocks. For those raising livestock and dairy cattle, the switch presents additional problems. Cows benefit from a consistent milking schedule and are sensitive to any changes, so suddenly having it delayed or sped up by an entire hour is not good for their health. Simply put, cows can’t tell time.

It Doesn’t Really Save Energy or Money

Even if Daylight Saving Time doesn’t really help farmers, at least it results in money being saved, right? Another common belief is that switching to DST reduces energy consumption and saves people and businesses money because an increased hour of sunlight in the evening means using less electricity. However, a 2017 analysis of multiple different studies found that the average amount of energy saved by the switch to Daylight Saving Time was 0.3%.

Reducing energy consumption is important to both helping individuals save money and combating the effects of climate change, but relying on DST to do both is not an effective solution.

It Leads To More Heart Attacks

Stress has been called the silent killer. Long-term stress can have serious physical, mental and emotional repercussions, and it is one of the main contributors to employee burnout. The physical effects from stress can result in harm to the cardiovascular system, which is made up of the heart, lungs and blood vessels. A period of acute physical and mental stress, such as that caused by worrying about losing an hour of sleep and then waking up earlier than the body is used to, has the potential to compound these negative effects.

The commute to work is nobody’s favourite part of the day. Statistics Canada research finds that the average Canadian worker spends 24 minutes commuting to and from work. 1 in 5 Canadian workers spend an hour or more commuting, especially in big cities, and 42% of this group leave their homes between 5 AM – 7 AM. With the switch to Daylight Saving Time, people who start their commute at 5 AM will feel like they are waking up at 4 AM until their sleep cycles are able to adjust.

Suddenly hitting the road an hour earlier with less sleep helps to explain why there is an increase of car accidents during the work week after the Daylight Saving Time switch, with a 6% increase in fatal accidents. DST contributes to more sleep-deprived drivers, which is very serious and makes the road that much more dangerous.

Is The Sun Setting On Time Changes?

There are some benefits to Daylight Saving Time. Having the extra hour of sunlight during the summer is undeniably a good thing, providing increased Vitamin D and other benefits. The process of switching, however, is potentially more trouble than it is worth. One of the possible ways to retain the benefits without the adverse side effects is simply to stay in Daylight Saving Time all year round. This idea is starting to take hold, with more and more national and municipal governments passing legislation paving the way to make DST permanent. It is entirely possible that in a few years Daylight Saving Time will be in place 365 days a year, and people will not have to mark the end of winter and the welcome return of spring with days of grogginess and getting angry at the alarm clock.